In addition to browsing the shelves in Kresge and Hesburgh libraries, you can also open the catalog records of books that interest you and click on related Library of Congress Subject Headings (LCSH) to find additional resources with the same subject heading (e.g., Law -- Interpretation and construction or Federal government -- United States -- History or States' Rights (American Politics) -- History, etc.). 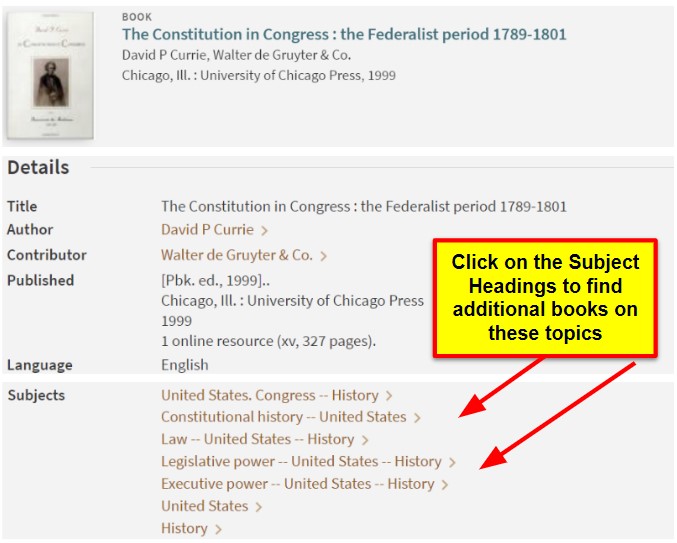 The following columns of online and print books are listed below in Library of Congress Subject Headings (LCSH) call number order.

The books (on the shelves) to the immediate left and right of the cited titles deal with related topics.