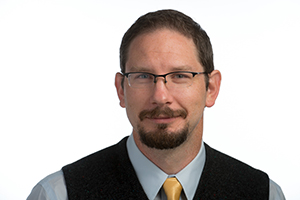 SketchUp is a 3D modeling program that, like most, is easiest to learn when trying to build something specific. In this video series we use images of Andrea Paladio's "La Rotonda" near Vicenza, Italy. We'll develop a representative model that can be used in rendering or fully developed into a 3D-printable final model. At the end of this guide I've provided links to videos produced by the staff at SketchUp where they explain individual tools in greater depth.

The level of detail you include in a 3D model should be a balance between what the eventual model needs to do, and how good you want it to look on screen. Consider these three use cases:

Modeling for 2D Rendering: You can put as much detail as you want into a model that will only exist within Sketchup. The more detail you add in, the larger your eventual file will be, which could eventually lead to some performance issues. SketchUp allows for 2D exports as either raster or vector formats.

Modeling for 3D Printing: You will want to keep in mind that no matter how large things look on your screen, they will eventually be scaled down to fit on your printer's build-plate. It's a good idea to begin with a general idea of how large your final model will be printed to avoid spending time on details that might eventually be too small for the printer to create.

Modeling for use in Virtual Reality: Whatever level of detail you put in to your model, your computer will need to process those details twice (once per lens on a VR headset). Because of that, "thrifty" is good term to keep in mind. If you can provide a sense of detail through an applied image texture instead of modeling a surface, choose the textured image.