A guide to Irish music resources in the Hesburgh Library and online.

For assistance with research on Irish music, dance or song, please contact either the Music Librarian, Tiffany Gillaspy, or the Irish Studies Librarian, Aedín Clements.

Irish Music in the Hesburgh Library

While most Irish music (recordings, books, journals etc.) are in the Music Library, the Hesburgh Library has some important and interesting collections. 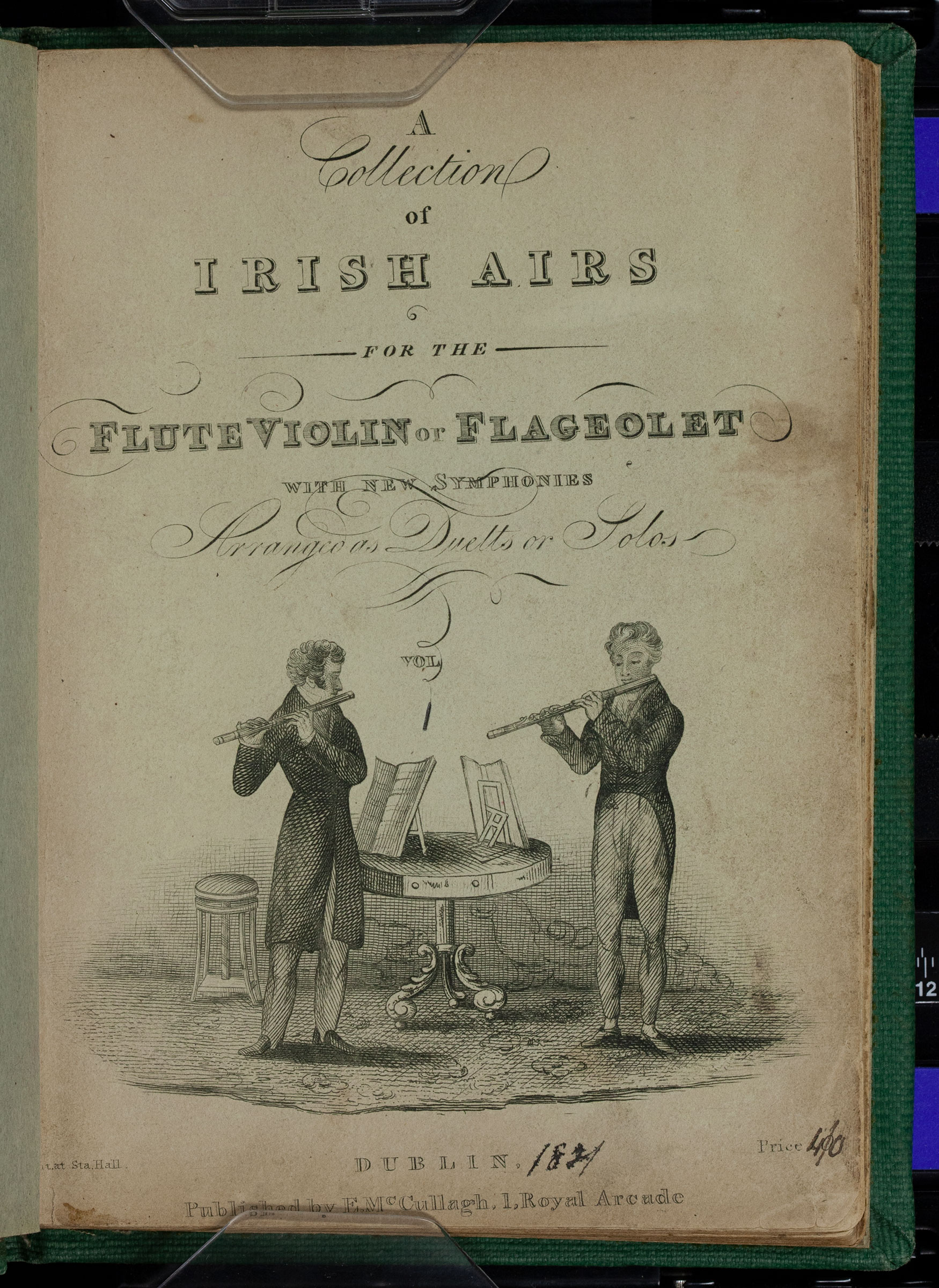 In 1931 Captain Francis O'Neill, one of the great collectors of Irish music, gave his library to the University of Notre Dame. O'Neill's library of Irish history or ‘Hiberniana' as he called it, was known to scholars of Irish music and history and includes all the important books on Irish music of the eighteenth and nineteenth centuries.

The O'Neill Collection - A Digital Selection is an introduction to the collection with links to digitized volumes.

For a list of the music books in the O'Neill Collection, see the Irish Studies blog.

Manuscripts in the O'Neill Collection

Dancing masters were an institution in rural Ireland in the 19th century, staying for a period of weeks in one community and teaching regularly during that time.

Patrick Reidy, a well-known dancing master from Castleisland, County Kerry, settled in London and became the professional teacher for the Gaelic League in London in 1897. He taught and popularized the group dances now widely known as céilí dances, which then found their way back to Ireland.

Francis O’Neill had some correspondence with Reidy following the publication of his first book. According to O’Neill, “the talented and kindly ‘Professor of Dancing, London and Castleisland,’ obligingly forwarded us a MS. book of music and a treatise from his own pen entitled: Dancing-Theory as It Should Be.”

This manuscript contains 37 pages of music, mostly dance tunes although there are some slow airs. A note on the source is often provided, and additional comments occasionally added.

Manuscript of Henry Hudson of Dublin.

Henry Hudson (1798-1889) was a Dublin dentist and one of the early collectors of Irish songs and music. He collected and transcribed music and published selections, 106 melodies in all, in The Citizen or Dublin Monthly Magazine, of which he was musical editor from 1841 to 1843.

O’Neill purchased the Hudson manuscript volume through Nassau Massey of Cork. Of the other six manuscripts in Hudson’s collection, five are in Boston Public Library and one is in the National Library of Ireland.

Music Online: A collection of Alexander Street Press music collections, including the Smithsonian collection above.

For better guidance searching for music literature, use the Music LibGuide.