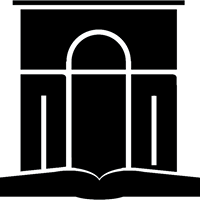 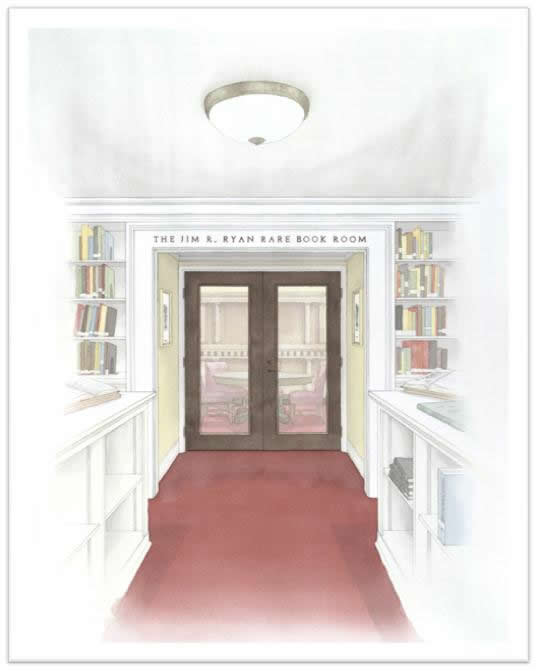 History of the Collection

In the late 1990’s Thomas Gordon Smith, then chair of the School of Architecture, re-designed the Architecture Library and created the Ryan Rare Book Room (RRBR).  The collections in the RRBR were begun by donations.  The first of these was the Ryan Family Collection of the Park List.  The Ryan family supported the acquisition of over 65 titles from the Helen Park list of architecture books known to have been in the country prior to the American Revolution.  The second collection was comprised of the first architecture books published in the United States.  Gwen and John Burgee and Mary O’Shaughnessy supported the acquisition of over 250 titles from the Hitchcock List of American architecture books published between 1775 and 1895.   These generous donations directed the focus of the RRBR on the History of the Study and Practice of Architecture in the United States and the Study of Classical and Traditional Architecture.

The University of Notre Dame’s Hesburgh Libraries, the School of Architecture, and generous donors continue to grow the collection in the RRBR.  New titles are added to the Park List and Hitchcock List collection yearly.  Recent acquisitions include a first edition of Andrea Palladio’s I Quattro Libri Dell'architettura... (1570), a first edition of all five volumes of Stuart & Revett’s The Antiquities of Athens… (1762-1830) generously funded by Mathew and Joyce Walsh, and a first edition of Colen Campbell’s Vitruvius Britannicus or the British Architect… (1717-1725).

The Architecture Library’s Ryan Rare Book Room is a resource open to students and scholars interested in the History of the Study and Practice of Architecture in the U.S.